Don't Be That Guy: 20 Reporter Tweets About #BadPR 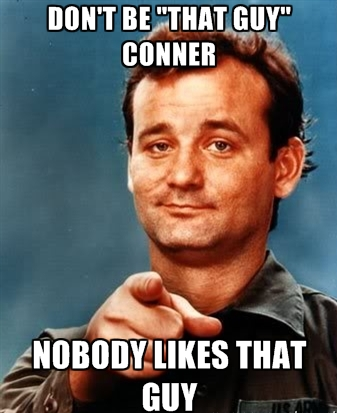 Twitter is far and away the most popular social platform for reporters to share stories and insights. It's also where they go to share complaints about #BadPR.

Of the hundreds of reporters we follow every day, we often see Tweets expressing frustrations with PR ineptitude, arrogance and mistakes - particularly by startups and their agencies.

We keep an eye open for these criticisms -- with fingers crossed we're not the inept/arrogant/mistake-prone target of their ire -- and have have collected a handful for review:

I have never ever written a thing on Mother's/Father's day so why are you pitching me anything on it?

“Hi XX, you write another story about woman?" https://t.co/yzXS1EfXIX

OK this is some bullshit right here. Normally I wouldn't name names but: Elizabeth Sedlock.https://t.co/deCtX3MFSe pic.twitter.com/rRnsIwcYOZ

Calling a reporter unsolicited is not a service. It's telemarketing and it's spam.

THIS: 'I'm not your boyfriend, so don't text me': The 10 PR tactics reporters hate most https://t.co/amUcLdoTHz via @digiday

Don't put "quick question" in your email subject line, ever. Especially if you're really just pitching a story. Just don't.

I just got an email pitching me an alternative to a service I wrote about alternatives to back in 2010. Guys. No.

i love when people email complete strangers the same way they would text a friend.... it's so bad

@polina_marinova @rachelking How not to start a pitch to me: "I enjoy your work in Forbes..."

PR people, do better: Don’t pitch people on the Saturday of a long weekend on twitter

@alexrkonrad Once I got this neg/pitch: "The CEO wants to give the story to another outlet, but I told him you should write it." ...Thanks?

@mekosoff ooh that's so good. I once got "You're less experienced but we are taking a chance on you"

Responding to an email inquiring about my plans for holiday coverage. pic.twitter.com/zAPzeaZShx

If you emailed me recently and I didn't get back to you and it's a legit email and you're nice you should try emailing again please.

unrelated, i do not recommend using "I've been following you on Twitter” as the subject of your email pitch