This writeup was whipped together between sessions at SXSW. Gramatical mistakes and typos may occur, and are in fact – if they do occur – quite charming and authentic.

This is my second dispatch from SXSW (first one was a write-up of big trend ideas from PayPal mafia member/Affirm founder Max Levchin, and I don’t know that I’ll do another). This one summarizes a pretty good panel that included the TV writer Nell Scovell, former Obama speechwriter Jon Favreau (not the Iron Man one, the better looking one) and some agency guy.

The topic of the day?

The bullshit language too many of us use, words that turn people off and make them tune you out. The nothing language we use to sound smart, to cover our true intentions and to hide behind.

At Propllr we spend a lot of time helping startup founders clarify their messages – so that they speak clearly and compellingly in a way that separates them from the competition while building trust.

In other words, we help startups cut the bullshit.

But we’re just one startup PR firm. The larger fight against bullshit needs many more people to be involved.

Below is a rundown of the panel discussion; perhaps some of it can help you cut the bullshit out of your work and life:

Bullshit: What Is It? 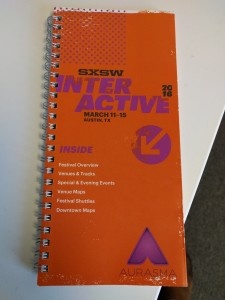 Scovell started off by saying that she had received a helpful bullshit dictionary from SXSW when she registered. That dictionary? The conference session guide.

Randomly she pulled out bullshit from among the session titles:

(Thankfully she stopped there.)

In short, bullshit is language that is overly processed.

Key to this definition is that it says nothing of truth.

That’s right. Bullshit has nothing to do with facts (we’ll touch again on this further down this post…).

The panelists shared three reasons for bullshit (there may have been more; this is what I was able to write down): 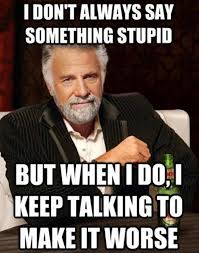 Men: Scovell’s take was hot and I think correct – a big problem is men. She said research shows that men speak 75 percent of the time in one-on-one meetings with women, and that men make up 80 percent of most meetings (I believe that was the number shared). I’m poor at math but this must mean men speak around 98% of the time in meetings. Thus, they talk and talk and talk a lot. So they must be where the bullshit starts.

Inside Knowledge: Favreau described the “curse of knowledge.” When you’re on the inside of a company or movement, or deep into a particular area of expertise, you think everyone knows what you know.

The Need to Fill Space: Bullshit happens when you have time to fill, and there’s an overwhelming need to produce content. Blogging platforms, social media, content marketing, the explosion of online media, it all leads to bullshit. 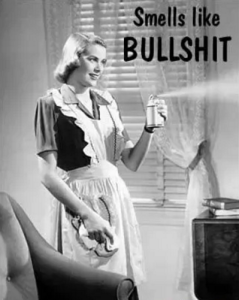 Why Is Bullshit Bad?

Put simply, the panelists noted, bullshit kills trust. Favreau said that while it’s nothing new to say faith in institutions has declined over the last decade, there certainly seems to be increasing momentum in that direction. Because if we – the government or the corporation – fail to strengthen constituent and consumer beliefs in us, we will easily lose them to the first no-bullshitter they see.

How to Provide an Alternative

The good news of bullshit is that if you avoid it – whether you are a politician or a business – you can separate yourself from the competition. Here’s how:

Favreau said the decision to work with Obama came not after the “soaring rhetoric” of his Democratic Convention speech of 2004, but upon reading Dreams of My Father. He said that it was Obama’s straight talk about race, family, drug use and other topics moved him in a way he wouldn’t have been if the memoir was one of platitudes.

In short, the no-bullshit straight-talk made him want to sign up and fight. That same plain English approach can stir the souls of your customers as well, showing you to be the transparent option.

Remember that bullshit is in part what happens when we have space to fill. If you’re careful about the amount of space you have, you can be more selective in what you say. Favreau shared a White House experience where staffers always felt President Obama should speak on this or that. But they typically went against those wishes because Obama was not a PA system for every announcement. Bringing him in too frequently would dilute the next time he had something important to say.

Again, if you don’t talk so much, the bullshit will go away.

Meet People Where They Are

Speaking the same way people already think, and in the terms they use when talking to friends in a bar, is another way to cut through the bullshit. In support of this, they played this Nike ad targeting women. In it, you hear the internal voice of women as they dealt with the pressures and frustrations of working out, ending with an uplifting message when those workouts were complete. This was a dramatic shift from “Risk Everything,” a prior Nike message that had fallen on deaf ears among women.

Be Yourself (“Authentic” is a Bullshit Term)

Getting away from bullshit often means taking risks, and letting people see what you really are and how you really operate is certainly a risk that would make many of us uncomfortable.

We’d rather be in control of the message than let the cameras or reporters or people into the inside of who we are and how we work. But during this election season, it's all about candids of Bernie watching poll results come in, or Trump’s hot-takes on a variety of issues.

This gives the voters a feeling that they’re seeing the real thing, not a filtered or processed version bullshit-y of it.

Oh, and About Donald Trump

Remember, bullshit has nothing to do with truth. It can make truth land with force, but it can also make lies and obfuscations seem undeniably accurate. So remove for a moment your feelings about Donald Trump, and just think about his campaign.

It’s this plainspoken language, like what many of us might say to friends over a few beers, that’s help Trump cut through political discourse. Not facts. Not honesty. Not decency. Just no bullshit. 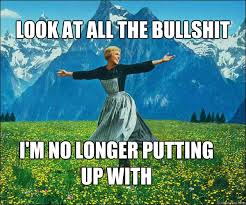 How Do You Calculate a Startup PR Retainer?
Dispatches from SXSW: Max Levchin
Previous Post Next Post