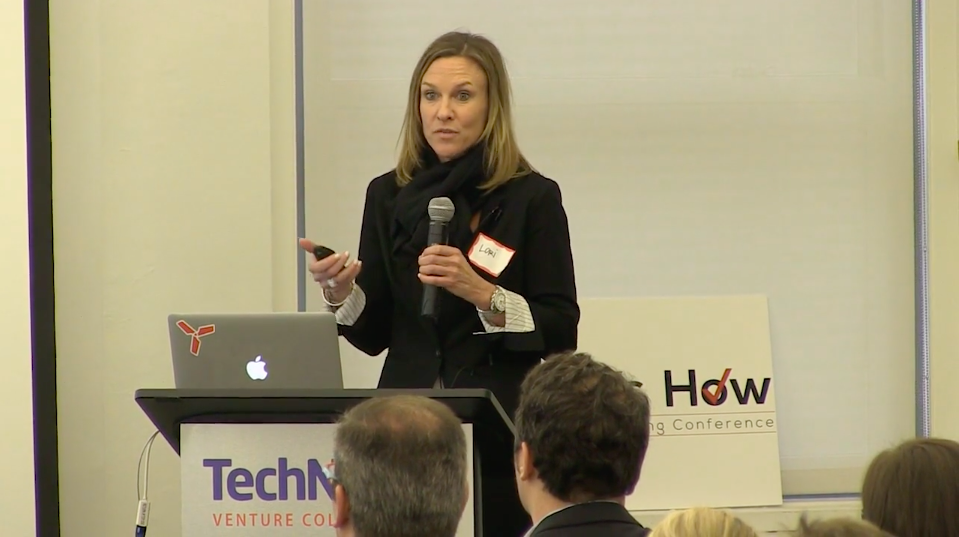 Here’s How We Used PR to Introduce Our New CEO

Lori McInerney is the Director of Marketing at Shiftgig, the Chicago-based technology platform connecting people who want hourly work with companies that need them.

Read on for a transcript of her presentation from our January 16, 2018 Here’s How Startup Marketing Conference, where she describes how she used PR to introduce their new CEO.

Hi everybody, I'm Lori McInerney. I'm the director of marketing for Shiftgig. We are basically an on-demand open marketplace; we connect shift workers and gig workers with jobs. Our technology matches these workers with the most relevant jobs for them. We also aim for our technology to provide flexibility and choice for the worker and agility for the companies. You often see that the number-one challenge for a company is finding out how to be agile. For the company it’s, “How can we be more agile and adapt to the gig economy?” and for the gig worker it’s, “How do I embrace the way that work is getting done and the way the future of work will be done?” Our technology bridges that.

Demand generation, PR, social, brand, content, etc., all fall under the umbrella of my team. Today I want to talk to you about our process of bringing on a new CEO for Shiftgig. I don't know how many of you have done or experienced this at your company, but obviously it's never an easy task nor an easy decision. It's one that often takes a year or two. There's a lot that goes into it, particularly for Shiftgig. We were not only bringing in a new CEO but were replacing a co-founder, which makes it all the more difficult. Our CEO was extremely passionate about the vision, our mission and the company culture, but most importantly, about what we were doing. It made the transition a little bit of a challenge.

When you think about bringing in a CEO and the transition of this, people often ask, “Why, why now, why is this the time?” For us it raised a question of where Shiftgig needed to go and why it was time. The answer was a few things. It was to get us to that next point and to get the company set up to expand in our growth. This is going to allow us to increase the pace of our technology and innovation and make a huge increase in our overall brand awareness for Shiftgig. It was also a huge opportunity for Shiftgig to, from a PR and brand perspective, not only increase the brand but also to secure increase in positioning for the company in terms of new employees, new investors, partners, shareholders, the board, etc.

We brought on Wade Burgess, our now CEO of Shiftgig. He was formally VP of Talent Solutions at LinkedIn. Eddie Lou, our previous CEO, is still co-founder and executive board member. One thing that I think was really critical in the success of this was that Eddie Lou was completely on board with this decision and excited to bring Wade on. It was a really long process, and, again, it's not just about needing a new CEO, it’s about finding the right one.

I started at Shiftgig about a month prior to our CEO so my first project coming on board was this transition. A critical part of these transitions is making sure your company is running business as normal, keeping up all your customer relationships well. Then, behind the scenes, you work on a really big transition for the company and keep it extremely confidential on both sides.

1.  We planned it out and created a PR & communication plan


It was a full timeline. This was created about six to eight weeks out and had all the internal and external communications that had to happen. We set up media pitch templates, lists and schedule, and determined who to pitch for an exclusive versus who to pitch under embargo. We lined up as many CEO interviews as possible and planned them prior to the announcement. The plan also included a scheduled timeline for post announcement interviews and articles in trade, local and national pubs.

2.  We determined key messages and audiences and identified our communication vehicles.


Externally who are our audiences? It's not just the media and press, it’s the shareholders, the board, customers, specialists, potential investors, analysts, etc. There is a huge audience out there that you have to keep in mind when you have a situation like this. So we worked heavily with the media to make sure we secured a lot of interviews and articles within different publications. And then we had to plan for how to continue awareness for two, four, six months post the announcement. For communication vehicles, we did the normal press release and added a bio to our website.

3.  We prepared our company as best we could.

Once we had the plan in place, and again we built this six to eight weeks out, we made sure that everyone, especially Wade and Eddie, had all the talking points and messaging they needed. Wade’s biggest focus was the internal employees, so there was proper messaging to go along with internal and how we were going to communicate that. Then we geared up our internal employees and sales reps to make sure that they had the messaging they needed to talk to their customers and prospects about this change.

4.  We introduced Wade Burgess as CEO in an all-hands way.

The day we announced Wade, we did an all hands with our company so Eddie Lou could announce Wade to the company. And then there were set communications that went out. We sent a personal letter from Wade to all of our customers and all of our workers, which we call specialists. There were personal letters from Wade and Eddie to the board of directors, our shareholders, etc., just to make sure they communicated to everybody.

So Shiftgig is a fairly new company. We're five years old and we've been growing. It's exciting to bring in a really experienced C-level executive who can take your company to that next path and really position you to grow and scale the way you want. Another thing that we really looked at was just operational efficiencies and where we could take this and say, "Okay, where can we benefit operationally moving forward?"

A big thing for us was the media because we knew that would be our largest opportunity. Our goal was five to six placements total across all three national, trade and local publications. We ended up having 10 placements, with two or three running post announcement and several more in the pipeline. Wade had a minimum of 12 interviews with the media leading up to his first day, which was exciting.

What's been interesting about this was whether it was Crain's, Tribune, Fast Company, etc. they were all impressed by Wade and excited about the announcement. A lot have come back to us saying, "Hey, we'd love to run a different story in two months,” or, “We'd love to run a new story on his first 60 days." So it’s been great to see the PR we've gotten out of it post plan.

This was obviously the first time we've done a CEO transition and brought on a new CEO. You always hope it's going to go well and in this case it did. Wade, coming from LinkedIn, was in a very similar space as to where we are now and he's always wanted to provide success and help people live better lives every day. At LinkedIn he was very focused on the full-time career worker and now he can bring that mission over to the gig economy and the temp worker.

For our site traffic our goal was really to get over 500 page views. We more than doubled what we expected. It was big for increasing our brand and brand recognition in the marketplace. It also helped position Wade not only as a new CEO but highlighted his vision and passion and what he was going to focus on. His response in every media interview he had when they asked about his number one priority was "It's our people. I'm here to build world-class talent for a world-class company." And the response we got was really incredible from that.