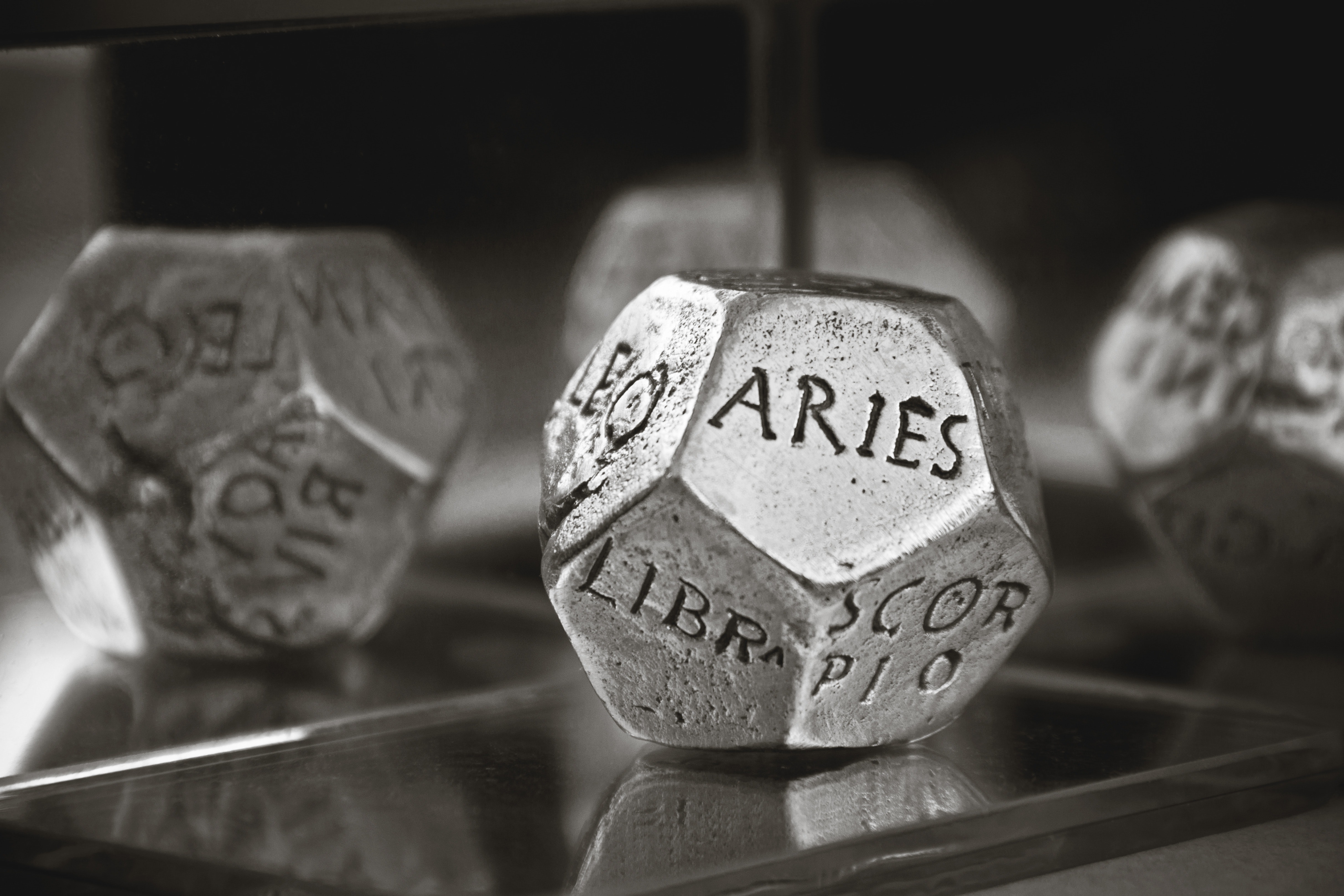 The Signs of The Zodiac as Bad PR Pitches

At Propllr, we do our best to pitch reporters information that is relevant, highly targeted, and not overwhelming. But for anyone in PR, it’s a learning process, especially when you have to fight against your own nature, like your zodiac sign.

Follow our (just-for-fun) tour of bad PR pitches based on each zodiac, and more serious advice on how to up your pitching game. Have you let your sign get in the way of a good pitch?

Hey! My client is blowing up and you should totally cover them. They are absolutely revolutionizing the way people invest. I’ll give you a call in an hour to discuss.

Aries love to take life by the horns. They’ll dive headfirst into any task. Assertiveness is a great trait for talking with reporters. If you’re confident and passionate about your client, the reporter will definitely be more likely to take notice.

But when assertiveness tips into aggression, you’ll turn reporters off. A better approach is to focus on gradually building up a relationship with that reporter over time, so that when you do have really exciting news, they’ll be receptive.

Hi there. I know you didn’t respond to my last 12 pitches, but no worries. I’ll just keep following up. At some point you’ve got to become interested. Have a great day!

Tauruses are known as being persistent, sometimes to a fault. Some persistence is good when it comes to pitching, but at Propllr, we like to try maybe two follow-ups – no more. If the reporter hasn’t responded, chances are they aren’t interested and your time is better spent elsewhere.

Hi there! Saw your article about robotic bees. I thought it was really interesting. It reminded me of another article I read that talks about how scientists are using Minecraft to simulate how bees build hives. I am really concerned about the fate of bees in North America, because their population numbers are dwindling, and they are a key part of the food chain. If you’re interested in that idea you can actually look up this really interesting documentary on Netflix called Chasing Bees. Anyway, just following up on my previous email about my client. Let me know if you’re interested in an interview.

Geminis are vastly curious, can move about many topics quickly, and love to chat. Great for conversation, but best kept to a minimum for pitches. Long, meandering chunks of text that don’t get to the point will make a reporter reach straight for their delete button.

Hi. I noticed you have been posting a lot on Twitter lately, but that you haven’t responded to my emails at all. I am not mad, I am just trying to understand the reasoning for this.

Cancers are deeply sensitive creatures. That can cause them to take things very personally, like a reporter’s radio silence. But Cancers (or anyone) shouldn’t get upset when a reporter doesn’t respond.

Matthew Hughes, a reporter with The Next Web, recently shared via Twitter that on a QUIET day, he receives over 300 email pitches. Complaining to a reporter that they didn’t look at your pitch is a sure way to make them never look at any of your pitches. So be patient, keep trying, and don’t take it personally.

Hi, (top-tier reporter). I have some SUPER exciting tech news to share with you. My client just released a brand-new page on its website. I’m sending over the press release soon. When would you like to discuss how you’ll cover this?

We can all admire Leos’ indomitable spirit. Even if they are given the least exciting news on the planet, they will make it their personal goal to get it featured in the biggest publication they can, because they love a good challenge.

But sometimes the boundless expectations of Leos need to be tempered. If you send top-tier reporters news that is definitely NOT top-tier news, you can bet that no matter what you send to that reporter in the future, you will get top-tier rejection.

Hello. I work with a startup that you may find of interest. Here are the reasons why:

Virgos are known for being detail-oriented and highly organized. Their list-making tendencies can be a dream for reporters (who generally like lists, not big paragraphs), but they can be tempted to overdo it.

While you may think including as much detail as possible would strengthen your pitch, it will actually cause a reporter who’s read over 300 pitches that day to have their eyes glaze over.

Hi there. I work with a company that seems like it would be right up your alley. If you’d like to chat on the phone about them at any time, just reach out to me at your earliest convenience. Or if it’s easier to just email, that’s also fine for me too. Really whatever you prefer. I’ll let you decide.

Libras are all about keeping the peace. They are great for easing overt tensions, and are very accommodating. But being too accommodating can overwhelm a busy reporter with an overabundance of choices, and they’ll probably ignore your email for one that’s easier to answer.

Avoid too much diplomacy by giving a clear and simple statement describing exactly what step you want them to take next, which will limit their options and make both your lives easier. If they want to engage in a different way, they’ll tell you.

Scorpio: The Mysterious One (October 23 - November 22)

Hi. I work with a company in insurance tech. If you want to talk let me know…

Scorpios are known for being intensely private and mysterious. But if that is also the way they pitch, the reporter will have nothing to work with. It’s good to be brief. But not too brief. The reporter will either think you don’t have much of a story, or that it will be too much work to figure out what the story is.

Try to include at least three things in every pitch:

Sagittarius: The Irreverent One (November 22 - December 21)

Dear X, You suck. Totally kidding, but how else was I supposed to get your attention?

Sagittarians are beloved because they are ready to make anything funny. But reporters don’t always appreciate the joke. We actually saw a PR pitch like this once, and the reporter who received it was NOT happy. It’s okay to write pitches in a conversational register, but understand that journalists are professionals, not your buddy to joke around with.

Capricorn: The Traditional One (December 22 - January 20)

Hello. I am enquiring as to your interest in reporting on a startup in the human resources technology space. I have researched your previous writing and have found it similar to the issues often discussed by my client among its customer base. Might I connect you with the company's founder?

Capricorns are practical and disciplined. They are the opposites of Sagittarius when it comes to communication. Rather than risking being too chummy, Capricorn risks being so formal they can feel impersonal. But reporters are people. And people don’t want to read emails that feel like they were created by an algorithm with a big vocabulary.

Aquarius: The Sarcastic One (January 21 - February 20)

Hi X. Really loved your story on how the window-washing industry is being automated by X startup. It’s a really good idea that you went with that startup instead of the one I had emailed to you that does that exact same thing a few months ago. Your judgment is impeccable and this is a totally original story that wasn’t stolen from ideas I gave you in my pitch already. Well done.

Aquarians are wonderfully witty creatures. But upset an Aquarius, and that fantastic wit can switch to biting sarcasm. Sending a sarcastic note to a reporter, though, is a bad idea.

Why? For one thing, it’s just not professional. For another, the central component of public relations is, well, relationships. The relationships you develop with reporters are your lifeblood. Don’t risk them by sending your biting remarks, no matter how clever they might be.

Hi X. Sorry if I am being a total pain but…

Pisces are humble, with charming, self-effacing humor. But if you start off a pitch to a reporter apologizing, you are already giving the reporter reason to think your news is probably not worth their time. The best way to talk about your client is probably somewhere between a Leo and a Pisces. That is, be bold and confident talking about the startup you represent, but make sure you aren’t positioning your client as the next Apple if they are not the next Apple.

What about Good PR Pitches?

Glad you asked! For more detailed insight into what makes a pitch excellent, check out our guide to the slow pitch, our tips for building your pitch around a trope, and our eight-step guide to pitching podcasts.

The Early-Stage Startup’s Guide to TechCrunch (They're Just Not That into You)
Morning, Noon and Night: Chicago Startups at Your Service 24/7
Previous Post Next Post