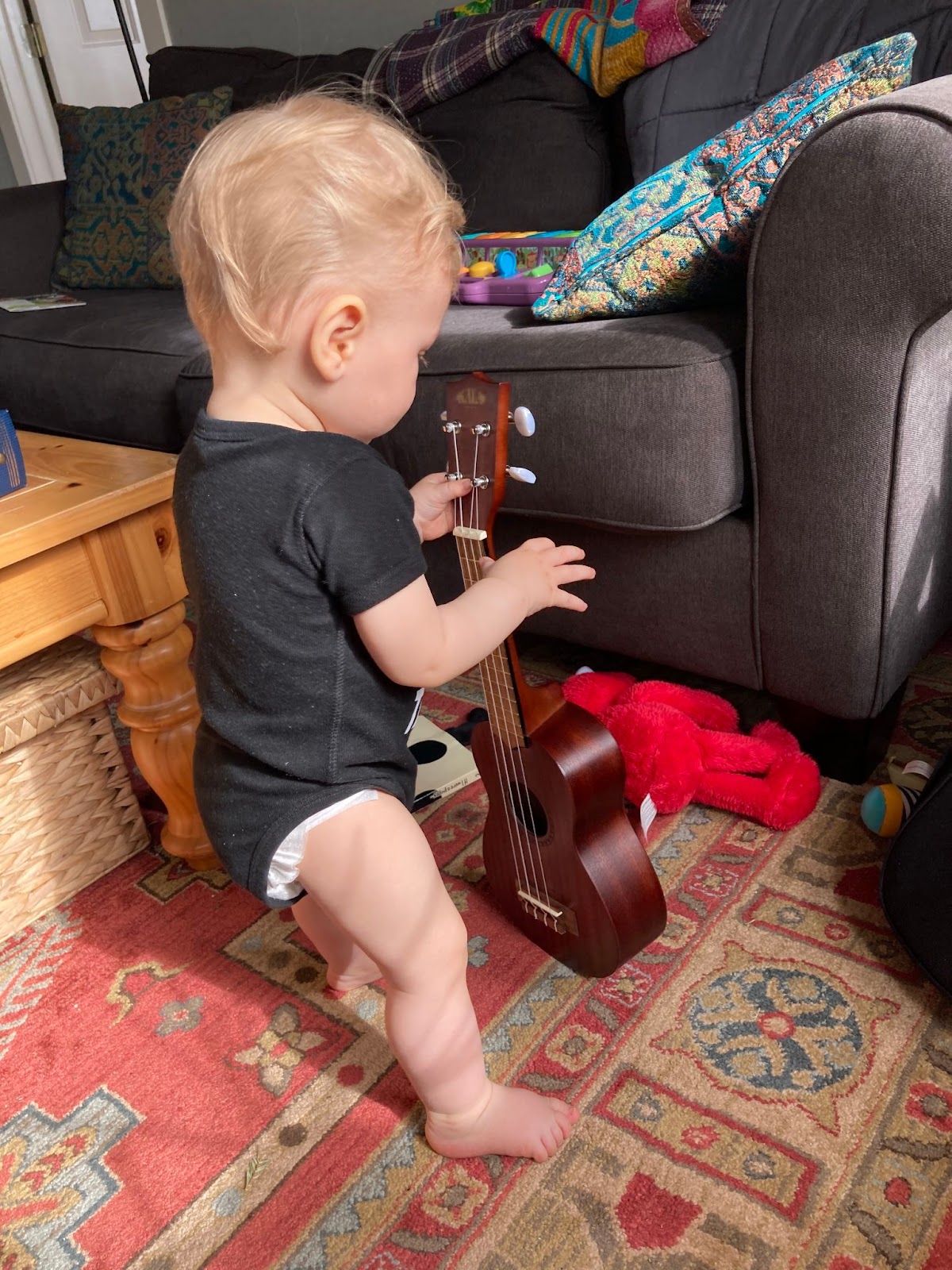 What Content Marketers Can Learn from Songwriters: The I-V-vi-IV Approach to Blogging

And guess what: he can, even when I’m taking care of him, thanks to the power of the I-V-vi-IV chord progression.

In other words, because of this extremely simple but wildly versatile song formula, I am able to perform a variety of popular favorites to entertain my son (who, to be fair, is not very picky).

The best part: during one of our early-morning jam sessions (aka me fumbling through a ukulele arrangement of “Let It Be” while trying not to wake the neighbors), I realized that content marketers can learn a lot from I-V-vi-IV songs.

Here, I’ll explain how you can apply the I-V-vi-IV formula to make blogging easier – without creating content that feels in any way formulaic.

The I-V-vi-IV (pronounced “one five six four”) chord progression is really common. How common? Check out this Axis of Awesome video:

As you can hear, everyone from the Beatles to Bob Marley to Maroon Five to the guy who wrote Auld Lang Syne (and pretty much everyone else) has tapped into the power of I-V-vi-IV. And they’ve used it to write some bangers.

When I’m with my husband and a I-V-vi-IV song comes on, he likes to alert me. I’m always surprised because to my untrained ear, these songs sound nothing alike.

And therein lies the power of I-V-vi-IV: it’s a tried-and-true formula that doesn’t sound formulaic. It’s an organizational tool that you can use to make your life easier but that your audience will never notice – except maybe to notice that they enjoy your content or that it hangs together nicely.

Musically, this has to do with the way the chords are related. I won’t get into the details (if you want the nitty gritty, check out this post on StackExchange), but consider this progression a trope of Western music. We’ve heard it so much that we’re expecting these chords to show up together, even if we don’t realize it.

But as you’ll notice when you watch that video, these songs don’t otherwise have that much in common.

In the wild, they’re in different keys. They have different melodies and rhythms. They’re played at different tempos with different instrumentation. The singers’ voices have different qualities. And that’s why we, as listeners, don’t feel like we’re listening to the same song over and over.

Here’s how you can use the same approach – working with a highly effective underlying formula – to consistently create content that resonates with your audience, gets your core message across, and entertains in the process.

In songwriting, each Roman numeral refers to a chord. String them together, and you get the core of a song. Here’s how to think about these elements when you’re planning a blog post:

So how do all these things fit together? Glad you asked.

Note that the I-V-vi-IV chord progression isn’t a structure for a song (it doesn’t address verses, choruses, or bridges). And I’m not suggesting that it can be used as a structure for blog posts, either. Instead, think of the I-V-vi-IV elements as essential components to define before you start actually writing.

By defining your main topic, target audience, related anecdote, and core message before you start writing, you make sure that you’ve got all the elements you need for your blog post to resonate and feel complete.

On the one hand, this is pretty basic.

On the other, defining these things out of the gate can save you a lot of time in writing and editing, if, for example, you’re asking yourself any of the following questions:

Another delight of this formula is that it can help troubleshoot when something isn’t quite working in a blog post. For example…

Chances are, you’re doing a lot of this anyway. But if you aren’t laying it out at the start, you may be spending more time than you need to solving problems in revision.

All the Other Stuff: Melody, Rhythm, Tempo, Instrumentation, Etc.

As I mentioned earlier, the reason I-V-vi-IV songs don’t sound formulaic in music is that the chord progression is just a starting point. It allows for infinite variety in melody, rhythm, tempo, instrumentation, lyrics, genre, production, and more.

The same is true for the I-V-vi-IV blog formula. Rather than a rigid structure (like the five-paragraph essay), it’s a cheat sheet to help you, the content creator, ensure that you’re giving your readers information in a way that will feel satisfying and complete.

Like the chord progression, this formula is versatile because of how broad it is – and wildly useful for anyone tasked with creating new, original content on a regular basis. You can apply it to blog posts for any industry, for any audience, with any supporting narrative element – and it will work every time.

If it’s Good Enough for the Beatles…

When you’re in charge of creating new content for your startup day in and day out, you may feel like you're saying and doing the same things over and over.

First of all, you probably are. And that’s good. Different parts of your audience will respond to different nuances of your message and will come across your content at different times. Variations on a theme is the soul of content marketing.

Secondly, we all love patterns. (Malcolm, for example, loves the pattern where his father comes into the living room each morning and relieves me of ukulele duty.) If your audience consistently finds your content useful, then there’s a good chance they want more of the same.

Finally, repetitive tasks are part of any job, to some extent. Even if the content of every blog post you write is different, the process of writing it is likely similar. The I-V-vi-IV approach to blogging will make the repeated parts easier and faster so that you can pour more energy into the creative parts – and into other parts of your job that require innovation and analysis.

And, I mean, come on. If the I-V-vi-IV approach is good enough for the Beatles, why not give it a spin? 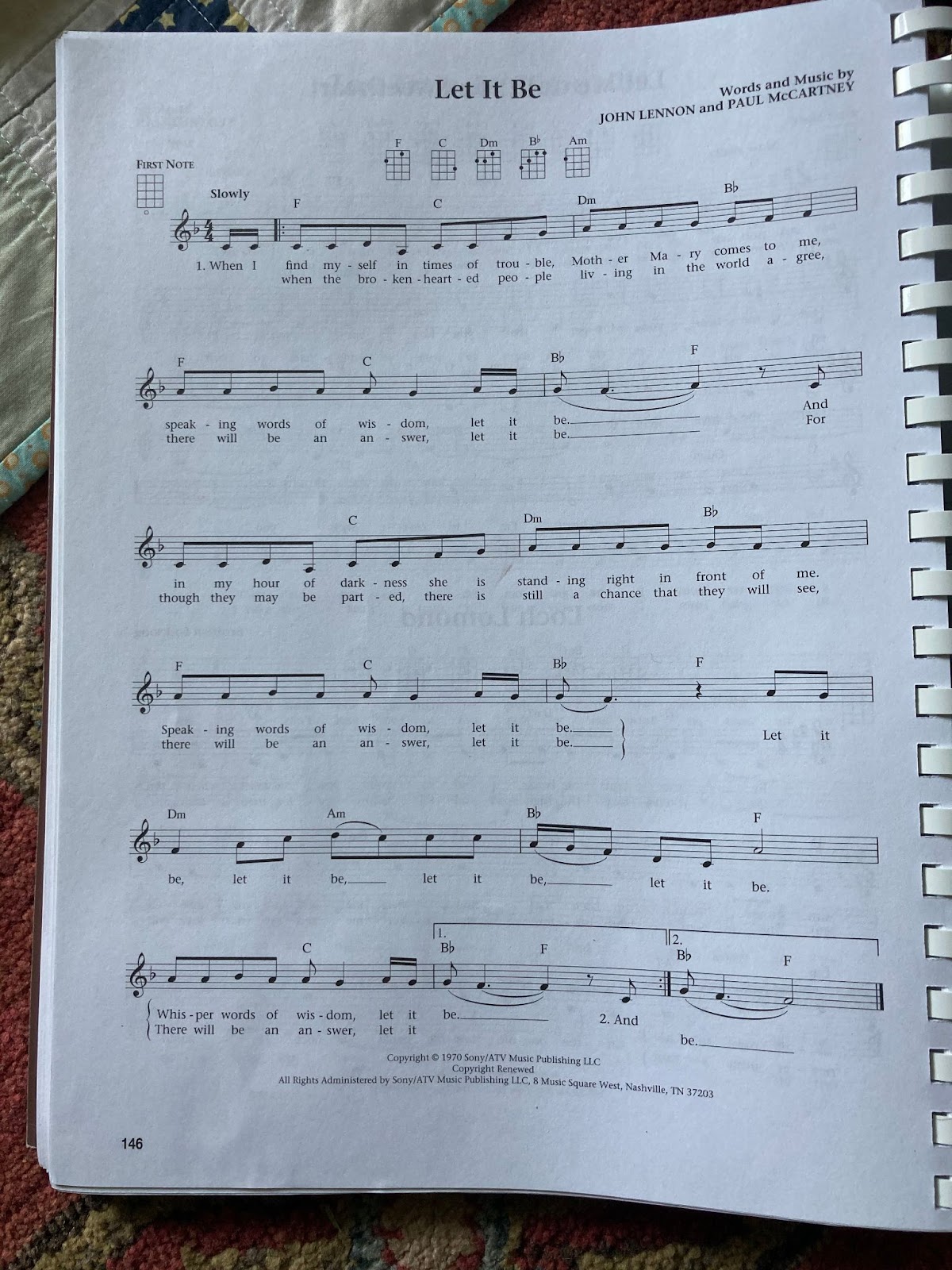 When I find myself in times of (blogging) trouble, I try the I-V-vi-IV method

3 Ways to Use Your Blog to Get Media Coverage
Want to Start a Podcast? 4 Insights from Unbossed’s Marina Malaguti
Previous Post Next Post