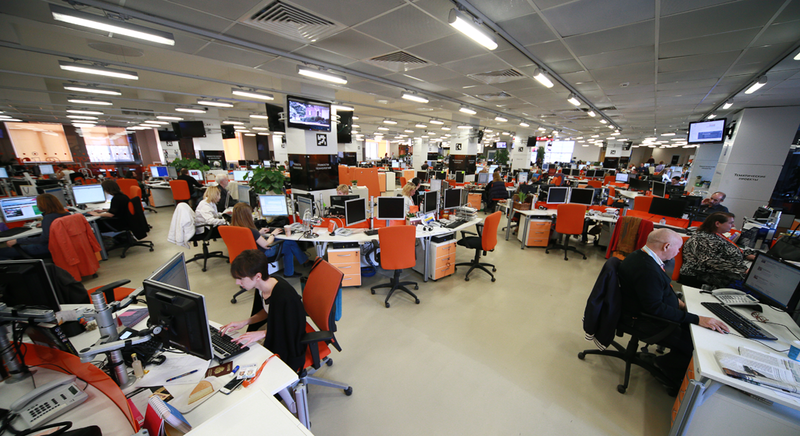 What Startups Should Know About the Newsroom

It can be hard for startup founders to see eye to eye with journalists.

Founders often get frustrated when a big piece of company news fails to get a reporter’s attention.

On the flip side, reporters can get irritated by founders who speak in unintelligible jargon or hire PR people to shamelessly pitch them stories they’d never write.

Having worked in both industries – I was an editor and reporter for a decade before I joined Propllr PR last year – I have unique insight into both worlds.

So I thought it might be helpful for startups if I listed a few things to keep in mind about the newsroom.

Nothing rubs a reporter the wrong way faster than an arrogant business leader acting like their sh*t doesn’t stink.

I recently met with the tech editor of a top-tier news site in New York. When I asked him what irked him about pitches from startups, he said, “I can’t stand people who act like they deserve coverage.”

To illustrate, imagine that your company’s launching a new version of an old software program. That may be big news for your team. You spent months of blood, sweat, and tears building it, and you’re excited it’s finally finished!

But to a reporter whose job is to cover the entire tech industry (no easy feat), that’s not necessarily groundbreaking news.

So don’t ping a reporter saying, “We have big news launching, and your readers are going to be wowed by it.” Instead, try saying something like, “I know you don’t typically cover individual product launches, but I wanted to keep you in the loop on company news. Any questions, just shout.”

Takeaway: In pitching the media, as in life, a bit of humility goes a long way.

Most reporters are overworked (and often underpaid). Many live in constant fear of being laid off as news organizations try to cut costs any way they can. All of that causes stress.

And in a stressful environment like the newsroom, less-aggressively worded emails are more likely to make a good impression.

This applies in particular to asking for a correction to a published article – something we see a lot among business leaders who naturally want their companies to be represented accurately in the public eye.

Sure, journalists get things wrong sometimes, but if you email them with an irritable (or self-righteous) tone, it may do more harm than good by making them less likely to fix the mistake they made when describing your company.

Takeaway: Use an even-tempered tone in your communications with journalists. A lot of them aren’t as thick-skinned as you might think.

Related to the above, founders and entrepreneurs who want media coverage should be thinking bigger than themselves.

That’s because most reporters don’t write about individual product launches or do profiles of individual companies (unless the company is a household name or is exceptionally large).

However, reporters do cover trends. And if you’re a smaller company, or you’re a larger company but without a name that’s recognizable to your average Joe, you’ll have a better chance of getting coverage if you can find a way to fit your company into larger industry trends.

For example, BriteCo is a client of ours that offers insurance for fine jewelry and watches. Knowing that most reporters weren’t going to headline a story “This Startup Will Help You Get Coverage For Your Grandma’s Necklace,” particularly because BriteCo just launched and hadn’t had a lot of time to prove themselves yet, we thought about what larger trends this relatively green company might fit into.

In doing so, we quickly realized that BriteCo was interesting because they’re filling a void left open by old-fashioned homeowners insurance, which rarely offers adequate coverage for jewelry and other valuables.

And because we knew that other insurtech companies had sprung up lately with similar value propositions, we started pitching reporters the bigger story of how new, innovative insurtech startups are “plugging gaps left open by legacy providers.” In our pitches, we rattled off other examples of small and nimble startups that fit into this trend – even though they weren’t clients of ours.

And sure enough, we had luck – responses from interested reporters started rolling in.

4: When a big story is breaking, nothing else matters

It’s always smart to know what’s going on in the news so you’re pitching reporters at the right time.

For example, Andy Fies, a veteran producer at ABC News’ Midwest bureau, recently told me that when the Jussie Smollett story broke, his team was slammed for several days straight.

He complained bitterly of getting totally unrelated PR pitches during that time. “Some of them were kind of interesting, but they just came at the complete wrong time,” he said. “It was totally tone deaf.”

How can you avoid coming off as clueless? Pay attention to the news. If it’s the day after a historic Chicago mayoral election, and you’re pitching the Chicago Tribune, which is the biggest newspaper in the city, you might wait until the following week (as almost every Trib reporter that day, no matter their beat, was focused on covering some aspect or impact of Lightfoot’s victory. Even the business reporters).

Or if, say, the much-anticipated Mueller Report just came out – don’t pitch.

Another trick is to check a reporter’s Twitter profile before pitching them. It only takes a second, but it can be invaluable: the example I like to give is one day late last year, when I wanted to pitch a local radio station in Madison, Wisconsin. I quickly looked at the Twitter page of the producer I wanted to contact and saw there’d been a shooting at the station the day before.

Obviously, the time was not right to send a pitch.

When in doubt, be kind

All of this may sound like common sense, but you’d be surprised, in the heat of the moment, when you’re pitching an exciting piece of news, how easy it is to forget.

Especially today, with public opinion of journalists plummeting, it goes a long way to remember that journalists, like us, are people – with all the flaws and idiosyncrasies that come along with that. So the common-sense advice you’ve gotten since kindergarten – you’ll get more flies with honey than vinegar; treat people the way you want to be treated; do unto others as you’d have them do unto you – applies here.

If you want more insight about how journalists think about startups, check out our collection of startup PR tips from top tech reporters.