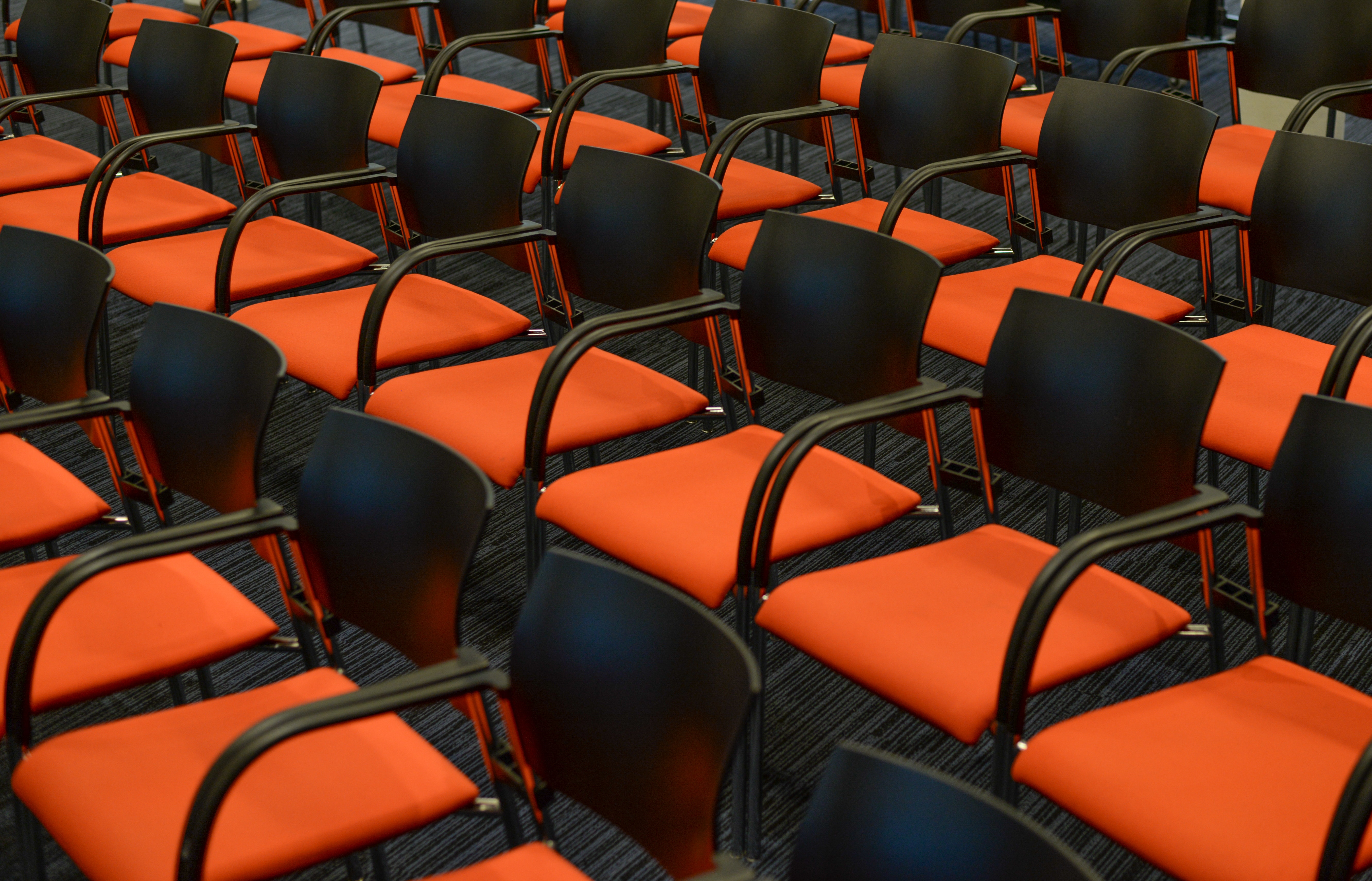 How to Announce Company News at a Conference (Or Not)

You’ve got big news – a new feature or product or service your customers will go crazy for.

When you make the announcement, you want it to have as big an impact as possible. So why not time it to coincide with a major industry conference? Thousands of the people who care most will be in the same place – what could possibly be better?

The thing is, conference announcements can go both ways: Startup A gets killer media coverage of the service it launches at the annual AWS re:Invent conference, and it’s a game changer for the business.

But then Startup B makes its announcement at Salesforce’s annual Dreamforce event, only to have it be ignored completely.

Why? And how can you determine how your big news might fare at a major industry event?

There’s no way to predict the future, of course, but these six questions should give you a good sense of whether or not an industry conference is the right place to share your news.

Question 1:
Who Else is Going (i.e., What’s Your Competition for Attention)?

The attendee list is the most important factor to weigh when deciding whether or not to announce your big news at a big conference.

Major conferences are often sponsored by enterprises like Amazon, Salesforce, Zillow, John Deere, Charles Schwab, Uber, Humana, and others. If these organizations aren’t putting on the conference themselves (as with re:Invent and Dreamforce), there’s a good chance they paid thousands to sponsor it.

And they may have their own announcements to make.

Once you know which companies will be at the conference, do some research: have they announced big news at conferences in the past? This can be a good indicator of whether they’ll announce something this time around.

If you find yourself up against tough competition, you might want to launch before or after the conference instead.

And even if you don’t think news is likely from heavy hitters, anything they say can become news, so reporters will be focused on them first and foremost.

What’s more, fewer and fewer reporters attend these conferences, which means companies are competing for less total available attention. The unfortunate truth is that you may very well be ignored if what you have to share isn’t as compelling as other announcements at the conference.

Which brings us to the second question.

Question 2:
Is Your News Really News?

This is the ultimate PR litmus test:

Will anyone outside your company really care?

What’s news to your startup isn’t necessarily news to a reporter – or anyone else, for that matter.

To determine whether your announcement is worthy of media coverage, ask yourself these three questions:

If your answers to 1, 2, and 3 were yes, then it may make sense to launch at the event.

But only if the answer to the next question is also yes.

Reporters frequently attend industry events and race to cover the biggest, baddest announcements coming out of them. In a best-case scenario, yours would be one of them.

To increase the chances of that happening, do some research.

A couple tips on connecting with reporters:

Even if you don’t have news, you should still try to meet reporters on site.

While a lot of them cover breaking news coming out of the event, they’re also looking to catch up with many people over a short period so they can build their list of sources and story ideas. Making a connection here can get media coverage for your startup in the future.

Question 4:
Can You Fully Commit?

Announcing company news is PR, and PR takes time. It takes dedication and commitment to do it right and connect with the right reporters.

Prior to launching your news at an event, make sure you can answer yes to these four questions:

In other words, you can’t just make an announcement and hope for the best. To maximize your odds of coverage, you have to plan ahead before the actual announcement and follow through after you’ve made it.

Question 5:
Are You Offering Onsite Demos?

Demoing your new product or service at a conference is a great draw for both prospects and reporters.

If this is something you’re doing at your booth, invite reporters to a one-on-one demo to entice them to cover you. It’s much more likely that a reporter will cover something they can actually verify is interesting and cool than something they know about exclusively from a press release.

Question 6:
Should You Launch Before, During, or After?

If you feel confident about your answers to the previous five questions, it makes sense for you to launch your news during an event.

If you’re not feeling so good about them, you should consider launching before or after.

Here are the pros and cons of each:

Get Your News Heard

Knowing the right time to launch your news is crucial for ensuring it gets the attention it deserves.

Conferences are jam-packed with companies, news, prospects, and reporters, so it’s important to consider all of these variables to ensure your news doesn’t get lost in the sea of companies vying for reporters’ attention.

If you decide an onsite announcement isn’t right for your news, we can help you find the best way to get press for it.

Drop us a line anytime at info@propllr.com and we’ll help you determine the best approach.

How to Get a Story About Your Startup on the Local TV News in 8 Steps
Press Release Boilerplate Examples Every Startup Can Learn From (Plus a Formula!)
Previous Post Next Post