Faced with an Impossible Task? Here's How to Get It Done

I was born in Wuhan, China. My parents and I immigrated to the US when I was five. We are now US citizens, but the majority of our family still lives in Wuhan.

As a result, my dad often takes months-long trips back to visit. During the end of his most recent trip, the COVID-19 outbreak started in the city.

His flight home was scheduled for January 26, but Wuhan's airports were locked down before his plane could leave. My mom, little sister, and I mentally prepared ourselves for the possibility that he might have to stay in China for another couple of months.

Then, I saw on the news that the US was sending one flight to Wuhan to evacuate US diplomats. I thought nothing of it at first – my dad is a house flipper, not a diplomat.

But then I read a few articles that mentioned the flight would be rescuing an “extremely limited” number of private citizens. I felt a flicker of hope. Did this mean there was a chance my dad could come home sooner? 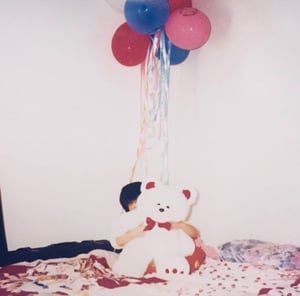 Amy on her first day in the US

This question was the beginning of a quest to bring my dad home to Michigan safely, which seemed at first like an impossible task.

Along the way, I used six tactics that can help anyone tackle a big problem. Here’s how I brought my dad home from Wuhan in the early days of the pandemic and what it taught me about how to get sh*t done.

1: Tackle One Problem at a Time

There was very limited information about the diplomatic flight online, when it was leaving, and how to get on it. The details were changing daily, and the US State Department’s website was vague. I needed to find out how to get my dad on that plane.

Even though the path to this outcome was unclear, I knew I had to take action. Taking steps one at a time is better than doing nothing. To figure out what the first step was, I had to keep our ultimate goal in mind.

2: Work Backwards from the Outcome You Want

I had one goal in mind: to safely get my dad out of Wuhan as soon as possible.

I didn’t know how I’d do this, but I knew that the embassy is supposed to help US citizens abroad, so I started there.

The US State Department's website at the time directed people to contact the US embassy in Beijing. However, my dad called the Beijing Embassy and the Wuhan Consulate as soon as they opened in the morning, and no one answered. My dad also speaks very limited English, so I knew if we wanted to get help from the US government, I needed to step in.

I suspected I’d have better luck calling the embassy from America, and I was lucky to be in a position to do so.

After listening to the Department of State’s long list of menu options, I was transferred to their international emergency department. I explained our situation, and they finally transferred me to a representative from the CDC who provided some clarity on the situation.

The CDC gave me detailed instructions on what I needed to do. They asked me to send an email with very specific information, in a certain order, to a special emergency email.

Again, none of this information was available online, so I had to ask the representative to repeat the details a couple of times while I transcribed their instructions into the Notes app on my phone.

Since everything was developing quickly, they didn’t know when the flight would be leaving or how many seats would be available, but they provided me with a next step to take.

After sending the email as instructed, we didn’t hear back for a few days. We were anxious about his application, but we patiently put our trust in the process.

Processes are put in place for a reason. I could’ve called the CDC every day to check on my dad’s application status, but that would have taken resources away from its other priorities.

Luckily, my dad was able to get onboard. He had no idea where it was headed and whether he would be quarantined on arrival, but it was a way out of known danger.

A photo from inside the charter plane

While my dad was onboard, the story of his flight’s departure was still developing on the news.

His plane was supposed to land at San Francisco International Airport, but the flight plan received a lot of local backlash, as SFO is one of the busiest airports in America. The plane was rerouted to a military base near Los Angeles.

Fortunately, no one on that flight was sick, but they still had to be quarantined on arrival.

My dad initially thought the period would only be three days, but shortly after they landed, they were told they would be quarantined for two weeks.

A photo of the room where Mr. Zhao stayed during his quarantine

With new developments happening all the time, it would have been easy for us to overreact to last-minute changes.

When the CDC didn’t immediately respond to our email and when we didn’t know how my dad would be quarantined, emotions ran high. But I knew it was important to keep calm in order to think clearly and get my dad home safely.

My dad was lucky that he got to stay at the military base hotel rather than at the airport or a hospital. Aside from daily temperature checks, blood testing, and meetings, my dad said the two weeks were pretty relaxing.

He got to watch a lot of TV. (No, he did not make any friends.) But he did find time to teach me one more lesson about how to cope in a crisis.

What helped our family the most was looking at the bright side and finding the humor in the situation.

I understand that I’m writing this from a position of privilege: my dad was able to get on the flight back and my family in China is healthy. Even so, this is an important lesson that I try to implement in my everyday life.

Amy's dad complained about the food and joked about being able to lose weight. (He only likes Chinese food.)

This is especially important in tough situations because having a positive mindset gives you the mental clarity that is essential in problem-solving.

To Get Things Done, Adopt a Bias Toward Action

This whole situation has taught me how to solve problems better and faster, both in my personal life and at work. I learned that you don’t have to know all the steps in advance to reach the outcome you want to achieve, but you do have to find somewhere to start and take action.

Working with startups, situations change all the time and the right path forward isn’t always clear. This may seem overwhelming, but as long as you can keep these lessons in mind and take the first step, you’re already ahead.

I want to acknowledge that getting my dad back to the US was not as intense a rescue mission as what some other families faced. My paternal grandmother lives in Wuhan, along with my entire extended family. We knew we couldn’t fly them all to the US, so it wouldn’t have been a worst-case scenario if my dad had been stuck there to help take care of them.

But he does have underlying health conditions that make him more susceptible to the virus, so we did want him to be as far away from the outbreak as possible. At the time, that meant getting him out of Wuhan. 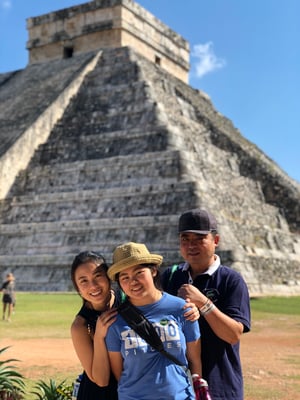 L to R: The author with her sister and her father on vacation

My dad is now home in Michigan, safe and sound. According to my little sister, he’s back to his old self, hiding out in the office and checking the stock market every night.

Relax, You’re an Expert: 5 Tips for How to Prepare for a Media Interview
How to Do Content Research for Blog Posts that Convert
Previous Post Next Post