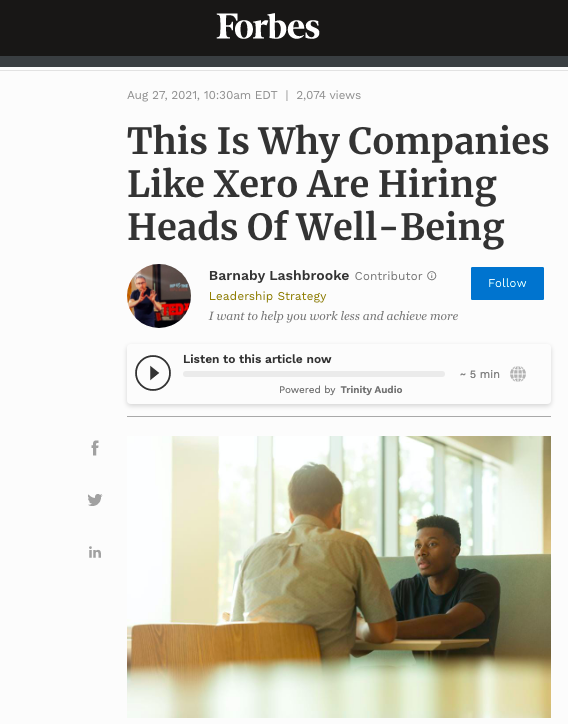 One of the first lessons we’re taught as incoming media team members at Propllr is “be human.”

It seems obvious, but the idea is, basically, don’t sound like a robot or a college professor in your pitches. Just be yourself.

Reader, as human as I believe myself to be, sounding human was hard in my first few pitching attempts.

Why? Because it’s weird. You’re supposed to start this casual conversation with a person behind an email address. That’s just a weird human interaction, unlike most you will ever engage in during normal life.

But… maybe, actually, it isn’t.

My pitching game fundamentally changed when I made one tiny tweak in my thinking about how I do it: I started imagining I was talking to these people in real life.

Rather than approaching pitching as a transactional email exchange, I now imagine I’m talking to these reporters at a party. It’s an easy analogy, because parties are little universes where strangers are allowed to talk to each other and it’s not weird.

Luckily, the same social strategies that work at parties can also help you improve your PR game. How does that look in practice? Here are three examples of how it’s worked for me, and how it can also help you!

1: Stop Talking About Yourself

We all know that one person at parties who likes to take any topic – from school choice or the latest Doritos flavor – and make it about themselves.

“Me? Oh, I try to never eat Doritos. I’m training for my sixth marathon and Doritos aren’t in my diet plan. Yeah, I’m already top 10 in the nation but I want to be top five. Actually, I really should mention the story about the time I...”

Guess who stops getting invited to the party? That guy.

The same is true with reporters and their inboxes. In a way, reporters are engaging in a dialog with the entire public when they write their stories.

It’s a quick-moving conversation between the journalist and their audience. The PR pros who can keep up with that conversation by adding real value are the ones the reporter will return to again and again.

Here’s how I’ve seen this work in the real world.

The pitches I was sending out for a client weren’t getting the traction I expected. What could be wrong? I thought. This client is interesting! They’re accomplished! They’re cool!

I couldn't understand why reporters didn’t also think so.

But for all my attempts at customizing reporters and their beats, my pitches at their core were all the same: I was pitching stories about my client and their business.

So I changed tactics. I sent a pitch about a mental health initiative my client was doing. My client didn’t focus on mental health; this was a small, non-core project. But it was interesting, so I figured it was worth a try.

And wouldn't you know, that story about my client's mental health initiative ended up in Forbes!

A conversational pitch finds a home in Forbes

While it didn’t speak exactly to what my client did, it made them look highly credible, positioned them at the forefront of the wellness discussion, and boosted their profile as a great employer.

It’s easy to fall into the trap of thinking a successful PR placement is one that communicates the essence of what your client does and why it’s so amazing. That is a great placement, but that’s not actually the point of PR, nor is it the best way to build reporter relationships.

The point of PR is to build credibility and awareness. Reporters are looking for real-world examples and insights from credible sources to back up the stories they tell to inform their audiences.

They’re not going to write advertorials for our clients, but if you can provide the examples and insights they need to do their jobs, they’re going to provide our clients with the publicity they need to establish that credibility and awareness.

Just as at a party, you want to avoid going on and on about yourself – or your client – and instead find those mutual points of connection where you can add real value to the conversation.

Always ask your client about what they’re up to. Ask them to share their personal journey. Ask them their thoughts on current events or challenges or even scandals in their industry.

The point is, don’t be afraid to ask your client to give their input. We sometimes shy away from this because we’re afraid we’re wasting our clients’ time. But we’re not. We’re helping them become what they pay us to help them become: thought leaders.

2: Keep Up with the Conversation

Timing is everything. Have you ever been involved in a really interesting, lively conversation, and you had some very important point to make, but you were just a little bit shy, so you waited, but then somebody else (louder than you) jumped in and made the EXACT point you were going to make?

Remember, reporters are having a fast-moving conversation with society with every piece they publish. You’ve got to keep pace.

I say this with a word of caution: there are some times at parties when we try to be too fast and we open our mouths without thinking (or is that just me and Michael Scott?).

My point is, take a moment to formulate your point, develop the strongest case, and add the most value that you can – but truly, only take a moment.

When I first started in PR, especially if I was pitching to a top-tier journalist, I would agonize over every word, every thought, and write and rewrite nicely formatted, three-paragraph emails like I was turning in a term paper.

Me, spending too much time researching pitches

By the time I was ready to hit that send button, that conversation was old news, the people in my party had already moved on, and the louder guy at the party had made my exact point – but for his client!

Now, I know the art of a well-timed pounce. Some of my most successful pitches have only been one sentence (eight words!) long. But they came at the exact right time the reporter needed it, and so they won the day.

How can you do this?

Google alerts are my very best friend. I sign up for as many as I can, using key words and phrases related to my clients, and scan them twice a day – once in the morning, and once in the evening. 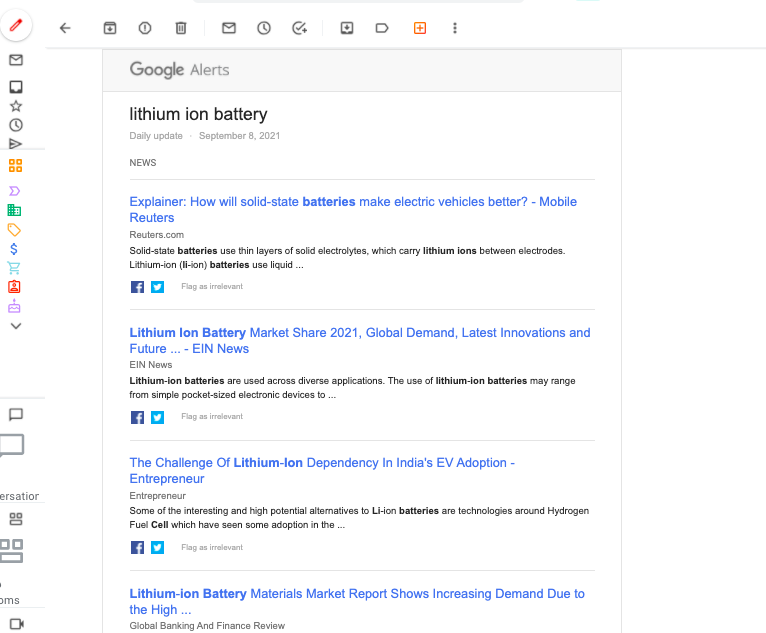 One of my handy Google Alerts

Twitter is also something I make a point to scan regularly. Reporters often share the work they JUST published there, or the work of people they respect and admire, so it gives you a great clue as to what frame of mind a reporter is in

Okay, imagine another party scenario. You’ve just finished a very long story about the time you were locked out of your hotel in Toledo (which was definitely not a fun experience at the time but made for a really good party story later on).

You told jokes, you peppered it with sensory details, you nailed this story. But all of a sudden, one guy looks up from his phone and says, “Oh wait sorry, I wasn’t listening, can you go back and start from the beginning?”

Are you going to want to repeat the story? No way!

This is a little how I think reporters feel when we don’t take the time to read their work before we pitch them. Reporters put A LOT into their stories. And when we just barge in on their ongoing conversations with society (lofty, yes, but it’s for the analogy) with a pitch that shows we clearly haven’t been paying attention, they’ll delete our email in favor of the pitch that shows otherwise.

For example, I see a lot of tweets from reporters bemoaning that when they publish a story on X topic, a flood of PR pitches rush into their mailboxes, begging that they write the same exact story, but only about the pitcher’s client – a mildly differentiated competitor.

FastCo asked me to compile this year's list of best apps, thus extending the flood of best apps PR pitches that I get for at least a few more years: https://t.co/yJOqJjMpC4

That makes it a clear signal to the reporter that the PR person probably didn’t actually read the story, but instead has some random mass mailer tool that tells them to reach out when they come across these keywords. Or else they have a client who says, “Why is this reporter writing about them instead of us?”

But then imagine a scenario where the PR person actually uses this story to signal that they are, in fact, paying attention.

Say I’m a PR pro for Jim’s Lawn Care. I see a story run about Bob’s Landscaping, our biggest competitor. The story is about the trend of landscaping services experiencing massive demand due to COVID-19 because everyone is at home and has extra time for yard projects.

Darn, you say to yourself. Jim’s Lawn Care should have been in that story! Demand for our services is even higher than Bob’s and it would have been great publicity.

The inexperienced PR pro may write to this reporter and say:

“Hey, reporter, Jim’s Lawn Care has the highest demand out of any lawn care company in the country. Can you write a piece about us?”

The reporter just wrote this piece. She’s not going to write it again! Delete.

But the wise PR pro would look at the story about Bob’s Landscaping and use that to show that she IS paying attention. Perhaps she’d write something like this:

There was a part in that story where you mentioned that the increased demand is resulting in labor shortages. Jim’s Lawn Care has seen a pretty interesting related trend. We have a 300% increase in the number of women working for us, and our CEO Jim says that other lawn care business owners he’s talked to are noticing the same thing.

It seems women are really stepping into a traditionally male-dominated field amid this gap.

Would you like to talk to Jim about it?”

This pitch shows the reporter…

Bonus points for backing it up with data!

We put the PR in PARTAAAAY!

Whether you’re a social butterfly or a wallflower, chances are you’ve gone to at least some parties in your day. And you know who you like to talk to and who you try to avoid.

Reporters are just people. And if we’re all people just talking to each other at some big digital cocktail party, then it’s pretty easy to translate how you’d talk to them in normal life, into an email pitch. If you do, rather than run for the door, a reporter might just decide to hang out with you and chat for a while.