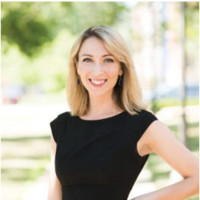 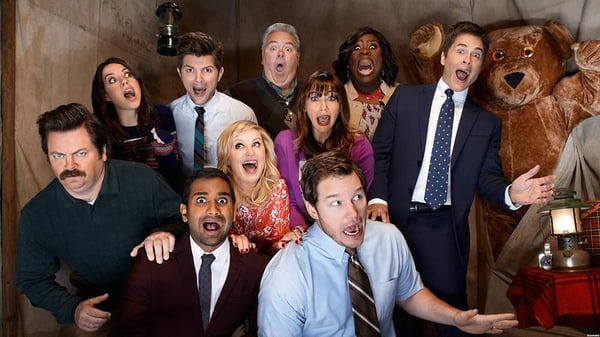 The hit TV show starring Amy Poehler and the cultivation of relationships with journalists to develop credibility and awareness… Clearly a match made in heaven, right?

Well, no, you’re probably thinking. Other than both having P and R in them, what’s the connection?

As it turns out, there is one critical similarity between the two, and it's an important one to understand when you decide to begin a startup PR program: there are three basic types of media coverage, and they correlate with three main characters in Parks and Rec.

What we’ve found at Propllr is that a healthy PR program usually features a mix of all three, but you’ll need to prioritize one or the other at any given time, depending on your startup’s immediate needs and objectives.

So do you go full Leslie Knope?

Do you put pedal to the metal à la Tom Haverford?

Or maybe the thing you need most right now is Ron Swanson. (Though TBH we all need Ron Swanson the most, most of the time.)

I may not be making sense yet, but I promise you I will, and I’ll explain exactly which marvelous Parks and Rec character you’ll need at each point of your company’s journey. Buckle up and get ready for a ride (on Lil’ Sebastian). We’re exploring the three types of coverage that make up a healthy startup PR program!

Top-tier coverage is super exciting. These are publications like Wall Street Journal, Businessweek, and CNN. When you land an interview with a reporter at one of these coveted outlets, you get a little electric shock that makes you want to call up your mom and say, “Look Ma, we made it!”

The thing to know about top-tier placements is that they are big, flashy, and not super targeted. That means that, for all their dazzle, they typically don’t do a great job of reaching two potential (and very important) audiences: new customers and new employees.

So why are top-tier placements like Pawnee Parks and Recreation Department employee Tom Haverford?

Well Tom (for those not in the Parks and Rec know) is THE flashiest character on the show. Whether he’s chilling in the back of a limo hot tub, dumping loads of glitter in his laundry, or shooting hoops with former NBA superstar Detlef Shrempf, Tom is the epitome of attention-grabbing behavior.

And that behavior MAKES the show. It’s vital, and so funny, and his flash and finesse are needed in the otherwise sleepy town of Pawnee.

But all that flash means that Tom isn’t always so good at actually securing paying customers for his many business ideas.

Top-tier reporters are out to cover news, not to get you customers. All the top tier coverage in the world couldn’t get paying customers for Uber, Theranos, or WeWork. So what’s the point?

Because top-tier reporters are reporting on news, they are extra sensitive to emerging trends. When your business is part of an emerging trend, investors suddenly start paying a lot more attention to you.

Are you looking to raise a round of venture capital? Hoping to get acquired? Looking for some strategic partners? These are all fair times to go after top-tier coverage, or as Tom would say, to “treat yo’ self.”

In the sleepy, underfunded town of Pawnee, there’s one person responsible for getting most of the sh*t done, and that’s Deputy Director of the Pawnee Parks and Recreation Department Leslie Knope. Passionate and tireless, Leslie is the driving force behind much of the work that actually happens in her tiny and often dysfunctional department.

She organized one of the town’s most successful fundraisers, fought against an obesity epidemic, held bad-acting companies responsible for their actions, and lobbied to turn a giant danegerous hole in the ground into a beautiful public park.

Much of her work is done in obscurity and requires a far deeper knowledge of her industry than the average person. It’s unsexy work carried out in the trenches over a long time that leads to results.

Not to make trade publications out to be some kind of an outsized hero, but there are a lot of similarities between them and Leslie.

Trade publications are (usually) not that sexy. They are usually not that flashy. They usually go into much more detail about a particular industry than the average person cares to know.

But they get sh*t done. Our clients repeatedly notice that many of their leads come to them after they get covered in a trade publication. These types of placements are your paydirt.

Why? It’s still not because the outlet is out to get you customers, but they ARE something that top-tier placements are not: highly targeted.

If you make software for farmers, and you get featured in Farmer’s Weekly, you might not be calling home to mom to tell her about it, but you can bet a lot of farmers will be calling you asking about your software.

Go for trade publication coverage when you’re looking to grow and build out your customer base. Use it as a way to break into new industries where people may be looking everywhere for a problem you solve, not realizing you exist.

Ron Swanson is the director of the Pawnee Government Parks and Rec Department. He is an unapologetic Libertarian with a penchant for meat and decrying big government.

First, Ron’s preference for small, local government is something that – political ideologies aside – is good business sense to keep in mind: all politics is local.

Companies that do a good job building goodwill in their local communities fare far better than those that show little commitment or outreach to the community they’re in.

Just getting started in a new city or region? Get some local ink to get the population warmed up to you.

The other way Ron and local media are linked is that Ron Swanson is great at bringing together a good team. As the director of the Pawnee Parks and Rec department, he first hired Leslie Knope, who was a great asset to the department (see above).

We also see later in the season when he puts out a help-wanted ad and attracts a whole slew of candidates. (He eventually goes with April Ludgate, who also turns out to be one of the department’s best hires.)

This is what a great local media placement can do.

Most likely, your candidate pool is going to be pretty concentrated in the area where you’re located. It’s simply much easier, for the new hire and for you, if you’re both already located in the same place.

But if you’re in a big city like Chicago with a lot of talent and a lot of competition for that talent, how do you make potential candidates aware that your company is the one where they can grow their career better than anywhere else?

If that candidate is reading their local paper (or comes across the local paper’s story in their social feed), and they read about your company and how it’s thriving and hiring in Chicago, that may prompt them to send their résumé your way.

Local stories can ensure that you’ll get a pipeline of the kind of candidates that you’re looking for, so if you’re looking to do a big hiring push soon, get in touch with some local reporters.

Wrapping it All Up

So now you understand the three types of PR, and also when to prioritize each.

Building relationships with these respective outlets takes time, so knowing in advance what moves you’ll need to be making soon can help a PR partner focus its efforts and prime relevant reporters with early outreach.

But just like a healthy diet, a healthy PR program consists of variety. Especially because, when you’re a startup, things are moving so fast you may be going in one direction one moment, and realize you need to stop, turn around, and do something different the next. A good PR partner will understand this and try to get you a consistent mix of these different types of placements throughout the year.

When it comes to PR, don’t be like Ron Swanson in your approach to variety.

I will leave you with a Ron Swanson quote about eating healthy, however, because it’s great.

“Dear frozen yogurt, you are the celery of desserts. Be ice cream or be nothing.”

Want more hot takes on PR and pop culture? Check out What The Great British Baking Show Taught Me About PR.

Want to see the characters of Parks and Recreation compared to more things? Check out this video, where each character is assigned their dog equivalent.