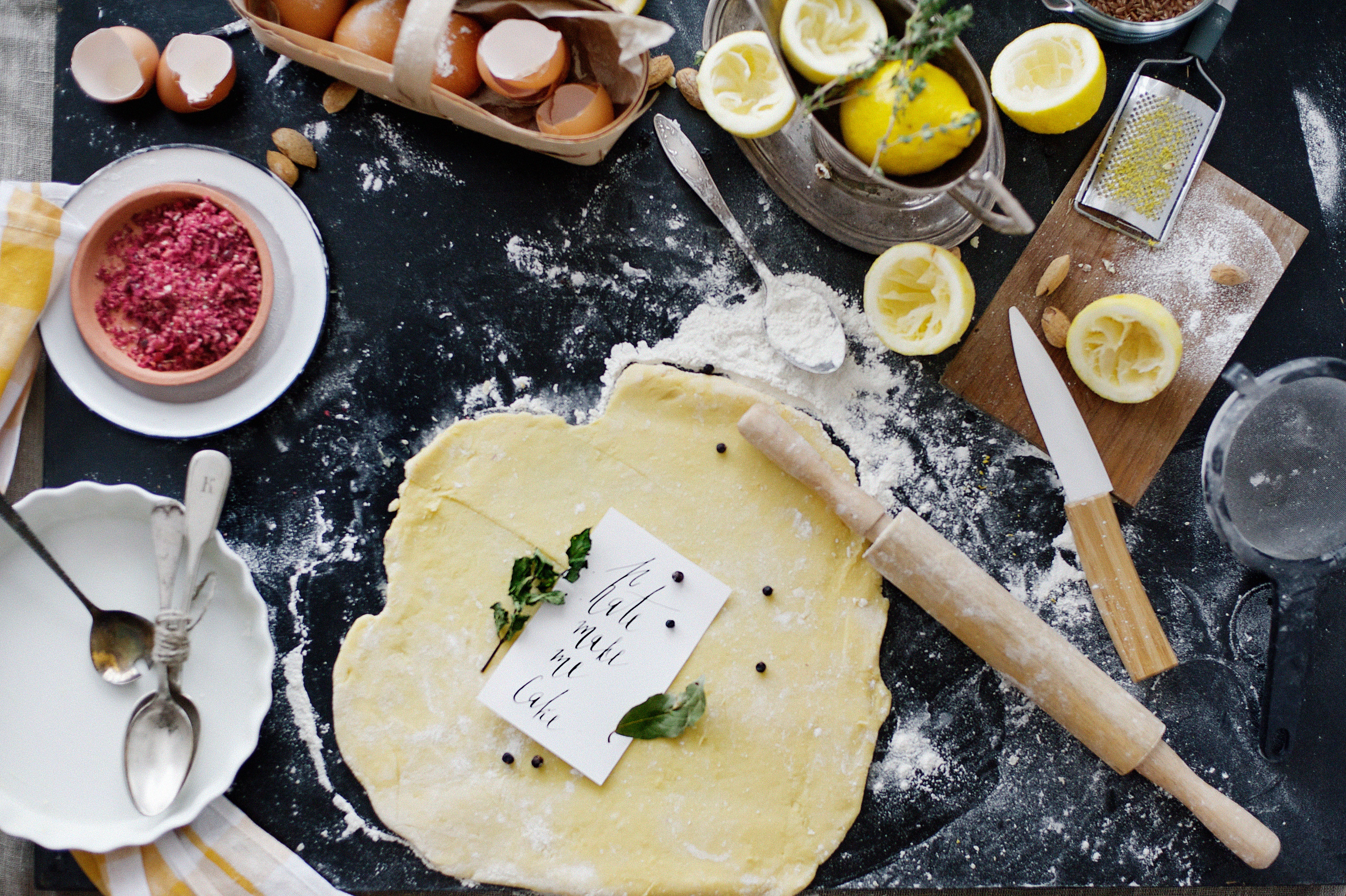 What The Great British Baking Show Taught Me About PR

Thanksgiving is almost here. Anyone who knows me knows this means I will soon hole up in my kitchen, intoxicating myself with the scents of cinnamon, cardamom, and nutmeg, maniacally churning out baked goods like a sugar-addicted mad scientist.

My somewhat terrified family has one thing to blame for this: The Great British Baking Show.

For those who haven't seen it, The Great British Baking Show (called The Great British Bake Off or GBBO in the UK) is a baking competition featuring some of the UK’s best amatauer bakers. But it’s so much more than a baking show. It’s unlike any cooking show you’ve ever seen, which is why it got me hooked on baking.

There’s camaraderie, teamwork, wonderful British accents, and the steely blue eyes of the most attractive man to have baked a loaf of bread (Paul Hollywood, one of the judges). But there’s also something a little surprising: the show contains valuable lessons about PR.

Baking and PR, it turns out, have a lot in common. How, you may ask?

Sit back, grab a muffin, and get comfortable while I explain. Here are four PR lessons I learned watching The Great British Baking Show.

Lesson 1: Timing Is Everything

Baking requires an impeccable sense of timing. The difference between a GBBO contestant creating a luscious cheesecake or a disgustingly hard brick of cheese is knowing, down to the second, exactly when something must leave the oven.

In the 24-hour news cycle, the same rule applies. Reporters are constantly trying to tell their audience about news and trends before anyone else does. That’s how they stay in business.

This means that PR professionals hoping to get a reporter’s attention have to understand how the stories we want to tell fit into today’s news and trends. We have to not only get our stories to reporters at just the right time but also convince them that now is, indeed, just the right time.

This can seem overwhelming when there’s so much news out there, but there are a few tools that can make it easier.

(For a more detailed breakdown of how to connect with reporters, check out DIY PR for Startups.)

Too often, the bakers on GBBO lose themselves in the style and design of the recipe, never bothering to actually taste the thing and see if it’s any good. They spend hours on intricately designed fondant petunias, so detailed a literal actual bee would want to land on one, but when the judges bites into the piece, they spit it right back out in disgust.

We have unfortunately seen rampant examples of this in the PR world. An agency may spend hundreds of dollars on a direct mail campaign, sending a clever gift over to a reporter to really nab their attention.

But what often happens is that the senders get so focused on the clever thing, they forget to tie it back to that reporter and make it relevant to them. These instances typically end with the reporter posting a picture of the clever thing on Twitter, with some caption expressing bewilderment (“Ummmm what??”).

Another cringeworthy thing we see a lot: press releases that are full of marketing fluff or industry jargon. Is your company really an AMAZING new technology disrupting the synergies of experiential commerce? Stylistically, you might think this is impressive, but what a journalist really wants is the meat. What’s the meat?

In our work, we’ve noticed the meat includes the following:

Be sure to always include at least two or three of these in each new interaction with a reporter. If you want a head start, check out our guide to revising for clarity.

Lesson 3: Practice Until You Can’t Get it Wrong

Nothing brings out Paul Hollywood’s look of disappointment more than when a baker admits that they didn’t practice a recipe at home. There are some basic things (how long something should sit in the oven, what utensils are needed, what actions can be done concurrently) that can only be mastered through practice. The most successful participants all have one thing in common: they practice the basics until they can’t get them wrong.

As a startup founder, there are some baseline questions every reporter will ask you. (We cover them all here!)

The most important of these isn’t even technically a question. It’s when a reporter says, “Tell me about your company.”

Your answer will set the tone for the entire rest of the interview. If you don’t have a succinct, easy-to-understand, and compelling response here, the reporter will be figuratively making Paul Hollywood’s disappointed dad eyes.

A few other questions you should be ready to answer are “How many employees do you have?” and “Who are your customers?” And the only way to nail these answers every time is to practice.

Write them down. Say them out loud. Repeat them every so often to keep it fresh. Don’t neglect the basics just because they are basics. They’re also the building blocks of the more complex stuff.

Mary Barry (who, for the uneducated, is a former GBBO judge and essentially UK culinary royalty) had a famous catchphrase on the show: “No soggy bottoms.”

It refers to the unpleasant, squishy nastiness that occurs when a baker tries to pack in too many wet ingredients, such as berries or apples, and they sink to the bottom and seep into the crust, causing a dense heaviness that makes the pastry essentially inedible.

Instead, focus on giving just enough information to get the reporter’s attention in the first interaction. Ideally, you want to start an ongoing conversation. You can provide more details in subsequent communications.

PR guru Michael Smart says that on average, his most successful pitches are around 150 words. That’s about half the length of this section.

The 150 figure may not always be right, but it’s instructive: keep your pitches simple.

A well baked pie has air. It has space. The juicy morsels are evenly distributed and don’t overpower the delicate crust. The same is true with a pitch. Good stuff is placed strategically.

In 2012, one reviewer called GBBO “the nicest show on television,” which summarizes why this show has captured its audience. A major reason it speaks to me as a PR professional is because, at the end of the day, it celebrates kindness. Yes, the contestants have to work hard to succeed, but they do it while being kind and generous to each other.

Kindness matters, whether you’re dealing with contestants in a baking show or reporters you’re hoping to convince to cover your clients. Ditto for hard work. Combine the two, and you’re bound to see excellent results. And, of course, no soggy bottoms.

Send in the Drones: How Tillable Moved Prospects to Action through Direct Mail
9 Startup Marketing Tips from This Week’s Here’s How Conference
Previous Post Next Post