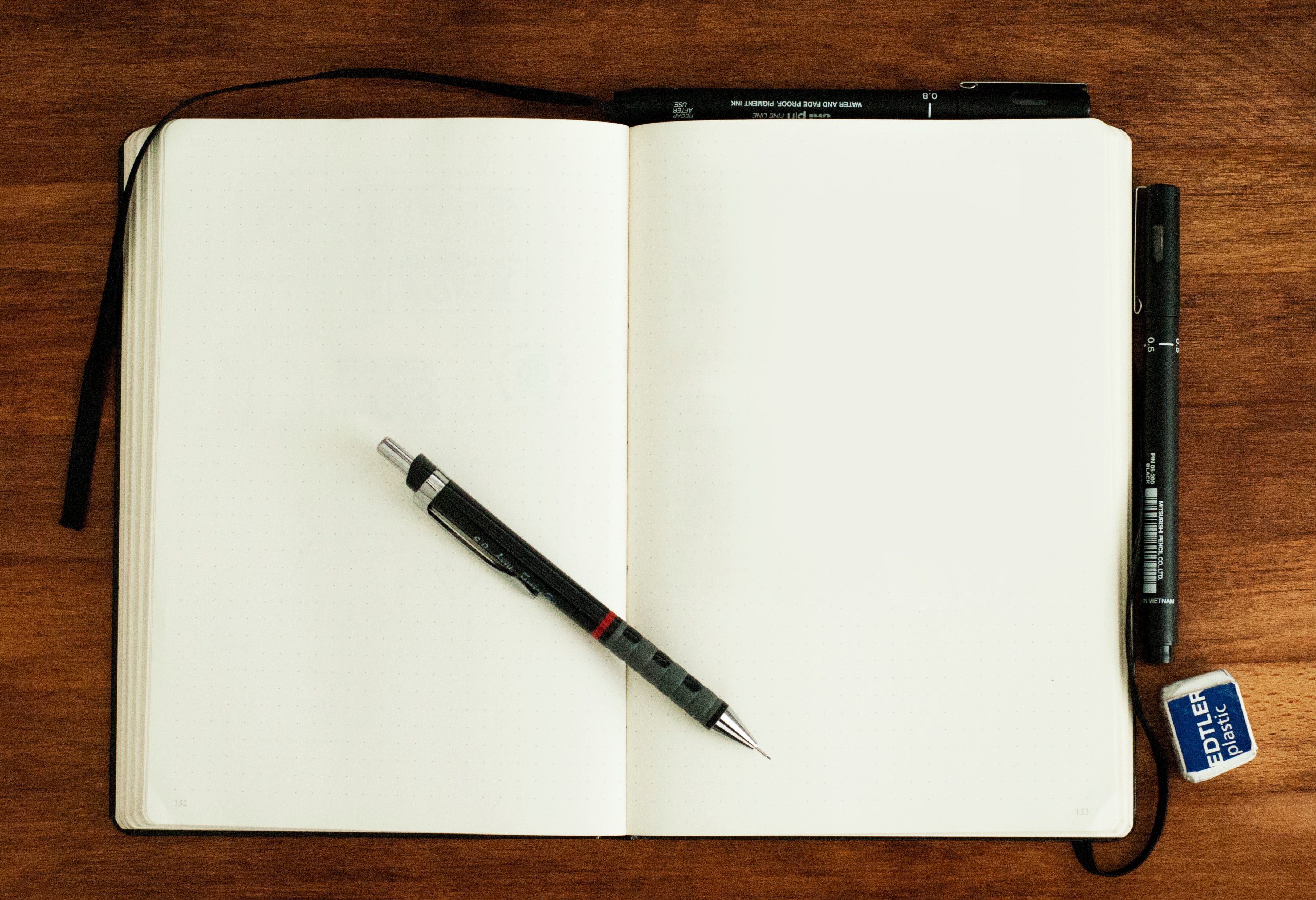 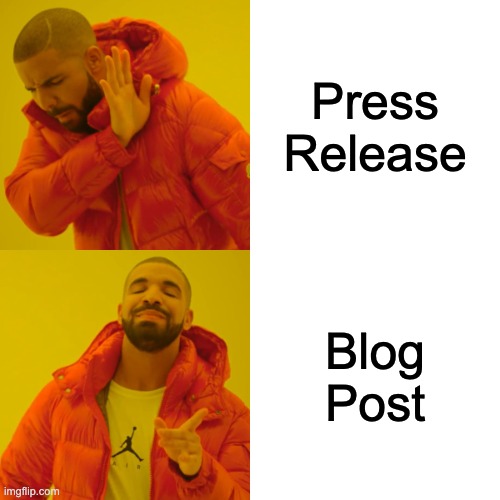 We have a love / hate relationship with press releases at Propllr.

We love press releases because people know what they are and they send a message: this news matters.

We hate press releases because they’re overused, they can involve numerous participants and lengthy approvals, they too often provide little more benefit than optics, and they do little to nothing for SEO no matter what newswires may tell you.

And let’s not forget that “putting them out on the wire” costs hundreds of dollars (if you’re a B2B tech company spending more than that, you’re doing it wrong).

So this begs the questions:

Do you need to do a press release in the first place?

Could you just write a blog post with your big announcement?

Let’s take a step back before we answer the question.

The Case for Press Releases

Press releases have existed forever because they do have some usefulness. They’re an on-the-record statement of fact that’s accessible forever, and they make it easy for a newsroom to copy / paste certain information when writing a story.

In the early days of my career, I can remember faxing releases to newsrooms and reporters. I even had one client that had us use bike messengers to hand-deliver printed press releases to reporters (it put the grunt in grunt work).

As email and the internet took over, faxes and hand deliveries fell by the wayside, thankfully.

But even without hand delivery and fax machines, press releases can be kind of a pain.

So again: do you need to write a press release in the first place, or is there a better (or at least different) way?

I say yes, there is a way to get the word out without doing a press release.

It may be hard to skip the press release standard, but sharing your news via blog post has three key advantages.

There are no federal regulations that control how press releases are written, but you’d be forgiven for thinking there are. Press releases have a rigid structure that’s been honed through a century of use – and it’s very difficult to break from tradition. That’s not to say you can’t get creative, but if you lined up releases side by side, 99 percent would be basically the same.

A blog post gives you much more flexibility in formatting, voice, length, etc.

Some B2B companies have done a great job building a specific voice, but with the exception of our pals at Jellyvision, most of them sound the same (boring).

In a blog post, you’re free to bring in your voice and to speak in first person.

“Here’s why I / we are so excited about this new feature” is more compelling than “Company X Launches New Feature.”

Writing your news in a blog post doesn’t mean not sharing it with reporters. Have your PR firm or internal comms person (or you, if you’re still at an early stage and doing it yourself) send the post to reporters who need to know what you’re up to.

I don’t have data to back this up, but I would argue that sharing a blog post might even have a higher impact than sending a press release because the recipient knows it’s not something being blasted across the universe – it’s almost like you’re sending them a diary entry, so it should feel more personal and special.

Ready to Announce News via Your Blog?

Hopefully you’ll take a chance next time you have news and do a blog post instead of a release. If you do, think of it as telling a story, not just stating news.

And remember that the best stories are filled with detail, emotion, and imagery, so be sure your blog post includes all of those. A few other tips:

Ideally your blog already has a defined voice, an audience, and an objective (sales, brand building, thought leadership, etc.). Write the blog post with that in mind. Don’t simply write a release and post it in your blog.

Don’t just have the blog post be authored by “Marketing.” Have the founder be the author. Or the team member who made the news possible. Let them speak from the heart about the news. Why it matters. What went into making it happen. Why they’re proud of the work and excited about its potential.

Make people understand the story behind the news. Did it require lots of late nights? Were there stumbles? Were there heroes who made it possible? Where did the idea come from? Have there already been some early wins during beta testing? Those anecdotes will make your blog post come alive in a way few press releases ever can.

What this means is that press releases don’t allow much time to reflect on all of the people who helped make the news possible. And regardless of the news, there are likely many folks who deserve thanks for making it happen.

Who was the product lead who guided the feature to completion? Who was the venture fund associate who had the first discussion with you? Who was the person who suggested hiring your new CTO?

While we don’t recommend an endless Academy Award-style list of “thank you’s,” a blog post will allow you to spotlight more people’s contributions.

A blog post is much better than a press release for going deep into a topic. If you’re announcing a move into a new industry vertical, your blog post can explain your rationale in much more detail, allowing you to bring in more context, others’ perspectives, third-party research, images, and more. It doesn’t have to be a whitepaper, but it can be much more persuasive than a release ever could be.

Add a call to action

If you’ve told the story well and your target audience is engaged, now’s the time to set the hook. Get together with your lead-gen folks and figure out an appropriate call to action. A link to a landing page? A free download? A demo?

If You Still Want to Write a Press Release…

I get it. You might still want to write a release.

While Google, a16z, and other big names in the tech world release news all the time via blog posts, you’re not Google or a16z or another big name (not yet, anyway).

And maybe you need that key new employee, partner, customer, or investor to know you really care and are excited about the news, and you worry that a blog post won’t carry the same weight.

Just be sure it doesn’t suck.